Taking Indigenous engagement at site to the next level 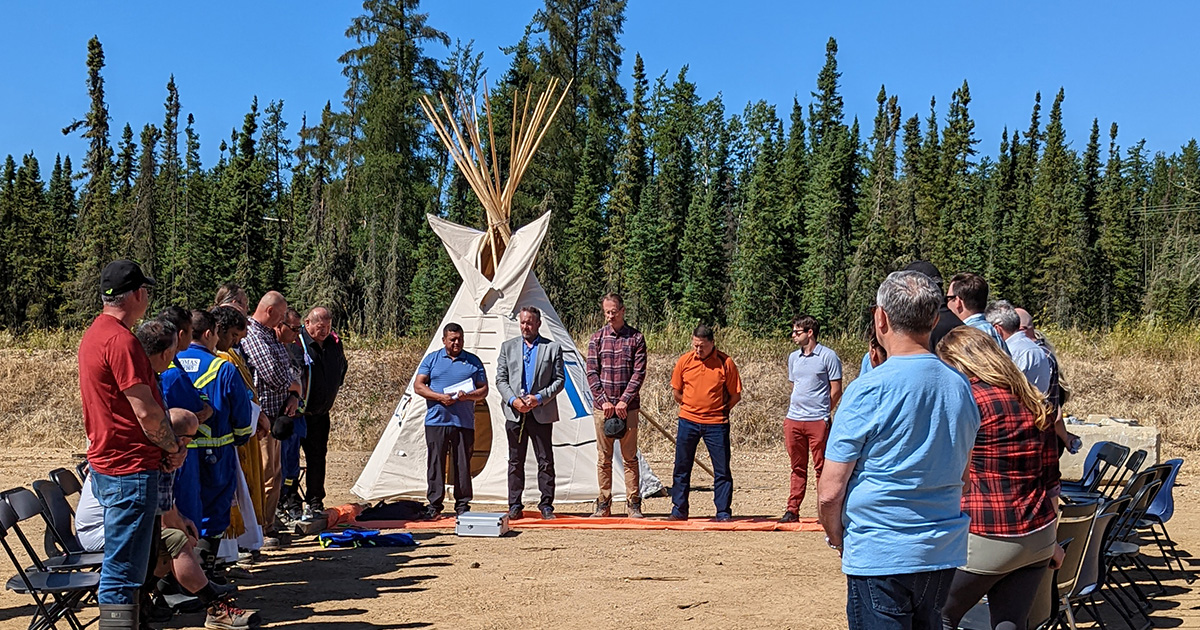 September 2022 – For years, the Thomas Kanata team has used the traditional Indigenous practice of smudging to help bring the feeling of home to the company’s Indigenous workforce, even when the jobsite is many kilometres away from their communities.

Smudging is the ceremony of cleansing a person, place or object of negative energy and is practiced by many Indigenous Peoples in Canada and in other parts of the world. Thomas Kanata has integrated smudging into its safety culture and has both Indigenous and non-Indigenous team members who participate. When practiced daily, the morning smudge helps people clear their minds and allows for greater focus on the day’s tasks.

As an Indigenous-owned contractor, Thomas Kanata’s mission is to unify and empower Indigenous Peoples through the safe and efficient delivery of industrial projects.  The company is owned and operated by members of Frog Lake First Nations, which is part of The Confederacy of Treaty Six First Nations, and is working at our Christina Lake oil sands operation in Alberta.

Previously, the Thomas Kanata team had built scaffolding structures to host the daily smudging. However, for the most recent Cenovus work, the company’s Chief Executive Officer, Bob Martineau, wanted to take the experience to the next level.

“Working alongside Thomas Kanata I was familiar with their daily smudging practices. When Bob came to me with an idea to put up a tipi on site for this project, I was honoured to help make it a reality,” shares Monty Hillaby, Cenovus Offsite Construction Superintendent. “Along with our commitment to working with Indigenous vendors, this is a great opportunity to learn more about traditional Indigenous practices and promote a culture of Indigenous engagement and reconciliation.”

The tipi was raised on August 10, 2022 at our Christina Lake site, with a smudging ceremony for all in attendance. As Thomas Kanata is owned by Frog Lake First Nations members, the first-of-its-kind occasion was commemorated by Chief Greg Desjarlais who led a traditional pipe ceremony and delivered a message of gratitude while reiterating the importance of reconciliation and respect.

“Our company is all about empowerment and it’s great to work with like-minded organizations such as Cenovus,” says Bob. “When we can honour and share in culture and values it shows the commitment from our partners and allows Thomas Kanata to continue promoting high standards for safety and unity.”

Learn about our approach to Indigenous reconciliation.

Changing lives, one house at a time
Find out how our $50 million Indigenous Housing Initiative is addressing one of the biggest problems facing Indigenous Communities today – a chronic shortage of adequate housing.
Indigenous business & opportunities
We work with Indigenous businesses in our operating areas to explore opportunities for providing goods and services to support our activities. Learn more.
Share this page
X
Cookies help us improve your website experience.
By using our website, you agree to our use of cookies.
Confirm