No sunlight? No problem: How methanol fuel cells can help us reduce our emissions 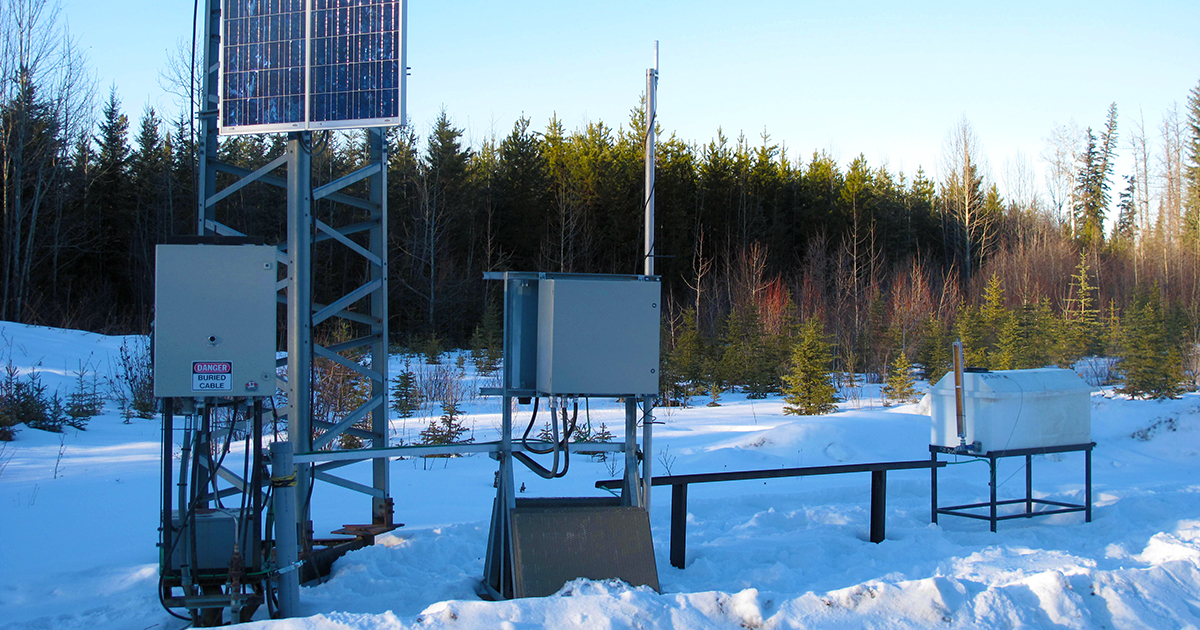 An example of our RTM & Site Communications (left unit) being powered by one of the Fuel Cells (middle unit) in periods of low sunlight. The power for the communications is being supplemented by Field Grade Methanol (right unit).

“A fuel cell works like a battery as an energy conversion device that turns hydrocarbons like methanol into electricity,” explains Ray Lambert, Emissions Management Engineer, Environmental Solutions & Systems at Cenovus Energy. “And the methanol fuel cells are being trialed as backup power for devices at several of our sites.”

Most of Cenovus’s conventional locations require electricity to operate on-site equipment, but many of our assets are too remote to be feasibly connected to the grid. So, we’ve relied on solar panels to provide electricity for many devices including on-site instrumentation, control panels and data communications. Given solar panels aren’t a reliable power source in times of low sunlight and bad weather, we needed a reliable backup power supply - and thanks to recent advancements in fuel cell technology, we were able to trial the methanol fuel cells. These trials will enable future applications of fuel cells and allow solar power to be more reliably used instead of combustion power generation alternatives.

The Near Zero Emissions Well Control System Project is a joint initiative between Cenovus, Calscan Energy Ltd and SAFCell Inc with support from Emissions Reduction Alberta (ERA) with initial funding provided by the Government of Canada, via Sustainable Development Technology Canada.

Another key objective from the pilot was for Cenovus to electrify its off-grid well sites to replace pneumatic equipment and eliminate methane venting from instrumentation using Calscan Energy’s new electric linear actuator and control system.

“So far, methanol fuel cells have provided us with additional reliability when dealing with the unpredictability of using solar power in the Northern Alberta climate,” says Lambert. “We’re hopeful that the technology will provide a cost-effective alternative that can help us reduce emissions and maximize equipment uptime.”

The trials allow companies to obtain knowledge and experience with technology to expand into broader applications and prepare for the upcoming Alberta Energy Regulator Directive 060 which will mandate new design standards for venting in 2022.

At our conventional oil and natural gas assets, we’re working hard to reduce our methane emissions. Read the story.

Learn more about how we’re working with other industries, scientists and entrepreneurs to find innovative solutions to our impacts on air, land and water.