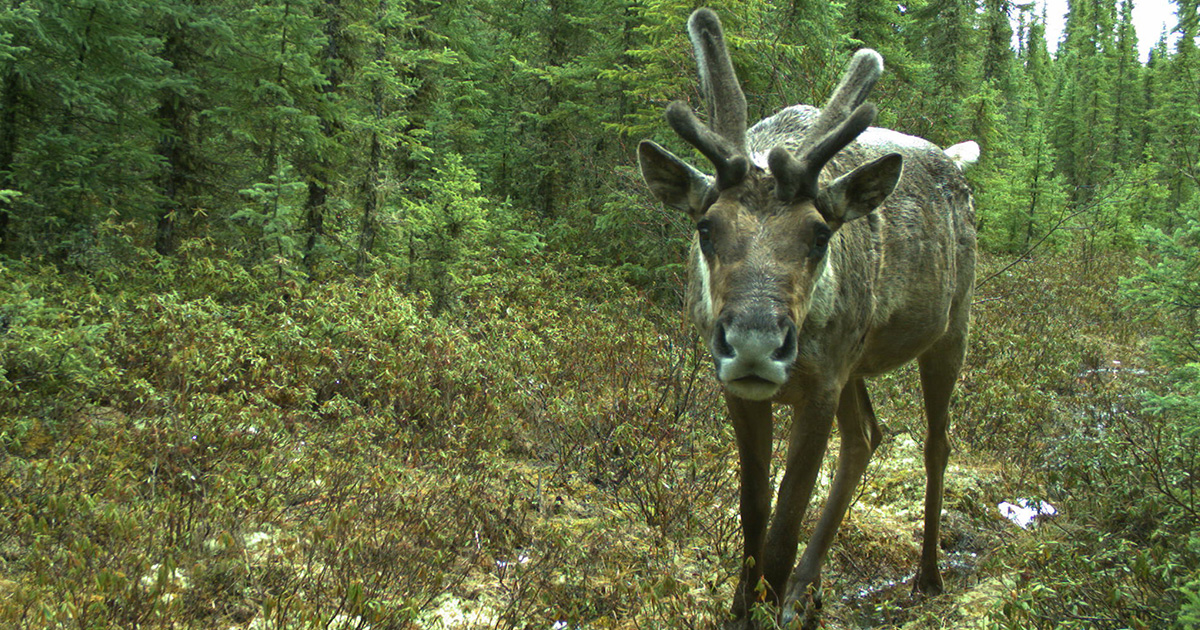 A caribou captured on our remote cameras at site.

December 2022 – Thanks to nature’s traffic control – tree planting, mounding and other habitat restoration efforts – predators and prey are slowing down in forest corridors along our operations, according to a new Cenovus Energy-led study.

“This is exactly how we’d like caribou, wolves and bears to respond to our efforts in restoring habitat as part of our commitment to biodiversity,” says Michael Cody, Manager, Regulatory Services at Cenovus and co-author of the study which was published in Conservation Biology. 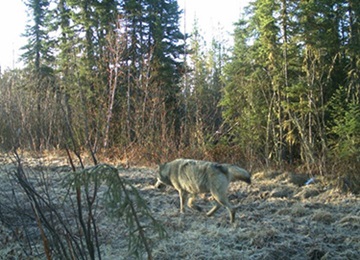 Linear features such as roads, seismic lines and pipelines create highway-type corridors through the forest that can allow predators such as wolves to hunt faster and further. But as the multi-year study shows, when wildlife encounter trees, rough surfaces and woody material as part of restoration efforts, they slow down. Reducing speed of both predators and prey is likely to lower the chance they’ll encounter each other, which in turn is good news for at-risk caribou populations.

"To conduct the study, we set up cameras along treated and untreated seismic lines north of Cold Lake,” shares Michael. “By studying the images and calculating travel times between two cameras, we found that in areas treated for restoration, travel speeds of wolves reduced by 23%, bears by 39% and caribou by 40%.”

The study, a collaboration with partners including the Alberta Biodiversity Monitoring Institute, was first launched in 2012. The results help underline Cenovus’s commitment to developing, testing and refining evidence-based techniques for land restoration.

“This is about finding ways to mitigate impacts in and around our operations, which is the cornerstone of what we do when it comes to restoration,” says Michael. “We’re developing these restoration concepts and providing evidence that when we disturb the land, it’s a temporary disturbance, and we are working hard to restore the landscape.”

Our work on habitat restoration in northeast Alberta has been ongoing since 2008 and includes a voluntary 10-year Caribou Habitat Restoration Project, announced in 2016, which is the largest project of its kind. The program involves restoring up to 4,000 kilometres of linear land disturbances and progressing our tree planting program. The project supports our environment, social and governance (ESG) target to restore more habitat than we use in the Cold Lake caribou range by year-end 2030.

We're significantly expanding our Caribou Habitat Restoration Project
Our Caribou Habitat Restoration Project is helping to reduce fragmentation in the Cold Lake caribou herd’s habitat, where our Foster Creek and Christina Lake oil sands projects are located.
Michael Cody: Leading change in forest management
Learn how our employee Michael Cody is leveraging his commitment to biodiversity and passion for sustainability to help support the well-being of future generations.
Biodiversity