How Husky Retail stations are #KeepingCommunitiesMoving 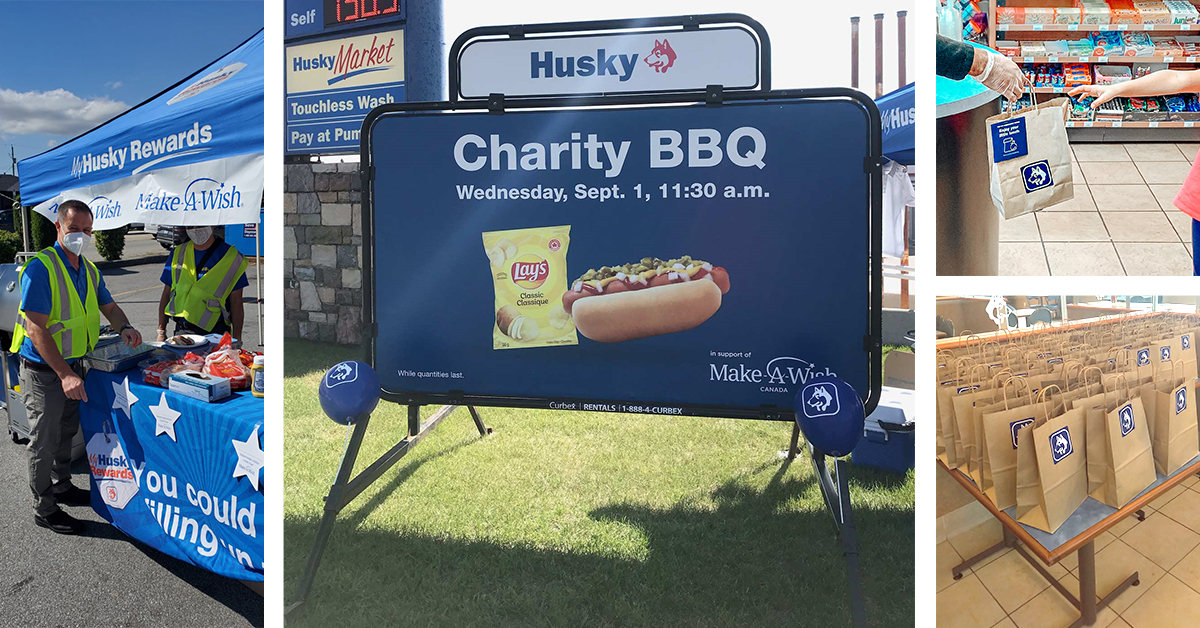 September 2021 – At Cenovus we support the communities where we live and work. Over the years we have supported many community organizations through donations, volunteering and in-kind contributions. Early last year, our Husky retail outlets responded to the COVID-19 pandemic by launching #KeepingCommunitiesMoving, an initiative supporting charities that serve local communities where Husky retail stations operate.

Since it launched, the #KeepingCommunitiesMoving initiative has donated more than $100,000 in products and services to members of the community, and so far, has raised more than $75,000 for the following charities.

In early September, Husky retail stations across Canada celebrated the Convenience Industry Council of Canada‘s (CICC) National Convenience Week by supporting Make-A-Wish Canada. Funds were raised through charity barbecues held at retail locations across the country and a portion of coffee sales during the week. More than $8,500 was donated to help grant life-changing wishes for children with critical illnesses.

Until October 12, Husky retail stations and restaurants are raising funds for the Breakfast Club of Canada (BCC) through the Kids Eat Free and Free Little Lunches programs. For every free kid’s meal ordered at participating Husky House Restaurants or bagged lunch handed out at participating retail locations, a donation of $3 is made.

According to Kids Help Phone, at any given time, more than three million Canadian youth are at risk for depression and one in five struggle with mental health. From October 13 to November 9, Husky retail locations will donate $1 from every coffee sale as part of the Every Lid Helps a Kid campaign for Kids Help Phone – Canada’s only 24/7, national mental health service for young people.

On January 1, 2021, Husky and Cenovus combined to form a resilient integrated energy leader. Husky retail is now part of the Cenovus group of companies.

Read about how our Superior Refinery raised donations for Cruise for Cancer with a classic car show.