The "Us" in Cenovus 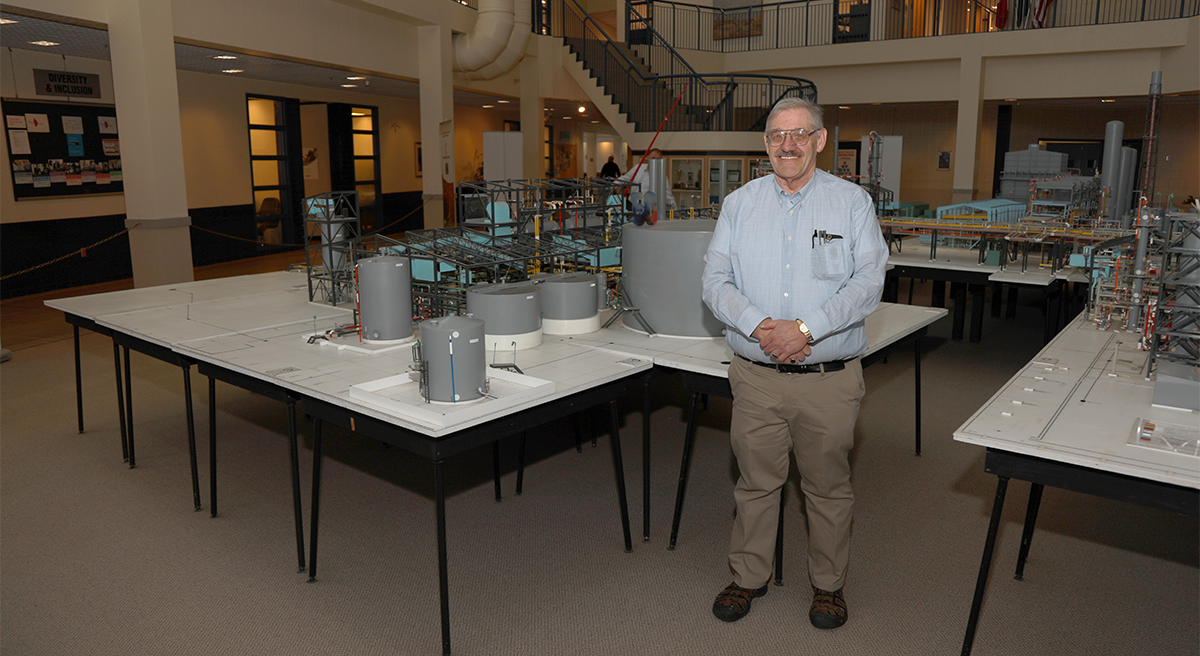 Dave Kay, our most tenured employee, pictured at our Lloydminster Refinery.

November 2022 – It's not very often that you hear of someone celebrating over 50 years at the same company, but when you do, you know they’ll have many great achievements and stories to share.

With 52 years under his belt, Dave Kay, Superintendent, CoGen at Cenovus has been a trusted, crucial resource at the company, particularly to the Lloydminster team, where he has spent the majority of his career.

Since the third grade, Dave knew he wanted to become a steam engineer. As written on his “what I want to be when I grow up” note from 1959, he became a steam engineer just like his father and showed us that dreams really can come true. 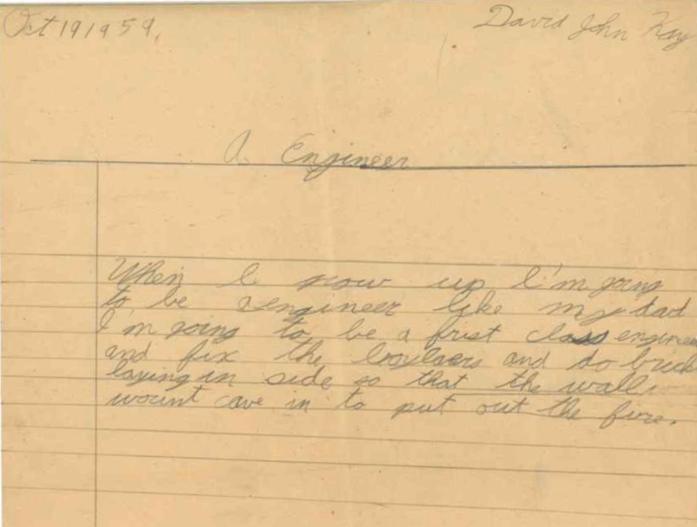 Determined to make that dream a reality, Dave started on his path to become a steam engineer when he got his first job after high school as a loader at the Prince George Refinery, where he managed orders, filled tank cars with gasoline, diesel, and asphalt. He showed promise and was quickly promoted from second assistant operator into first assistant operator, all while completing his third-class steam engineering certificate. Once completing his formal training and becoming certified, Dave quickly progressed to head operator then to steam plant operator, and then to shift supervisor. It wasn’t long before Dave was promoted to Chief Engineer (1978-1989) at the refinery and earned his second and then first-class steam engineering certificates.

After all these achievements and many years as a steam engineer and supervisor, Dave transferred into something completely new. He was asked to play a key role in the conceptual design process of the new upgrader in Lloydminster.

His work on that project began in 1984, and in 1989 he worked on the detailed design and implementation of the utility systems as the Chief Engineer on site. Since then, Dave has been a major player at the Lloydminster Upgrader Complex and has contributed to many other major projects, technology implementations and turnarounds at the facility

“I’ve seen many major changes over the years, including the most recent Husky-Cenovus Merger,” says Dave. “But the best change I’ve seen over the last 50 years is the increased focus on the people, our values and plant safety which has resulted in an improved safety record and plant reliability.”

As with all of Dave’s roles, his commitment to safety and sustainability has been unwavering. He has applied a sustainability focus to all his work, which has helped operators see the impact of their actions and promote awareness from an environmental and process engineering perspective.

One major sustainability project Dave played a role in is the Accelerator Program, which is a company-wide effort that aims to standardize problem solving while focusing on continuous improvement (CI) methodologies that help enable delivery of improved process safety and operational integrity.

Dave did not get to where he is on his own and is very passionate about the people that have helped him achieve his dream. He credits his five-decade long career to the long-lasting relationships he has formed along the way.

“John Wesch, the Prince George Refinery manager who offered me a position, changed my life,” says Dave. “From the beginning, he gave me opportunities and did whatever he could to see me continue to advance. I’m very grateful for that.”

Dave, congratulations on your outstanding career and accomplishments from everyone at Cenovus.

Fay Aucoin: Helping our staff get home safe, every day
For Fay Aucoin, every day is about preventing workplace injuries and keeping her colleagues safe. Read Faye's story.
Our stories

Innovation: The gateway to sustainable advancements

Our Innovation Gateway team is here to help change the future of the energy industry. Learn more.