Achieving personal goals for a larger cause 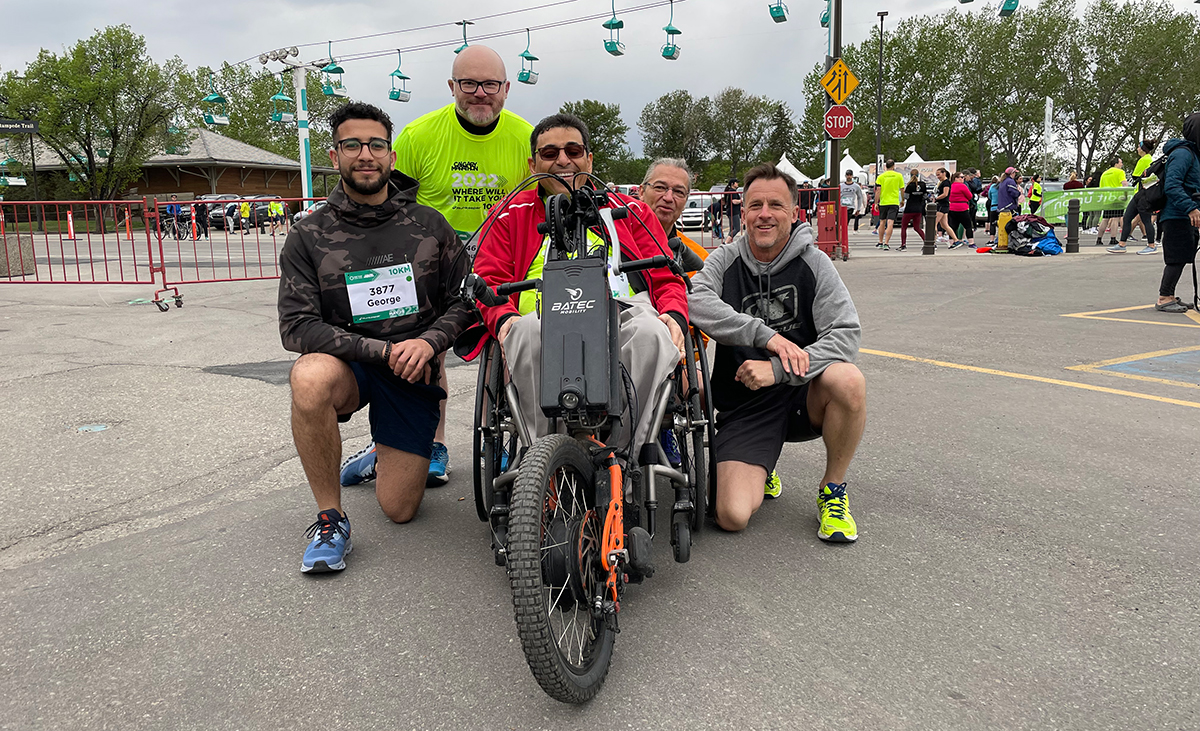 In 1984, Shamel was involved in a car accident in his home country of Egypt that resulted in a spinal cord injury. With two brothers in Alberta, he made the difficult decision to immigrate to Canada so he could be closer to family and needed some guidance when he arrived. Unsure of how to adapt to his new way of life and to a new country, Shamel reached out to SCI Alberta.

“That was a very rough time for me, and the people at SCI Alberta helped me put my life back together,” says Shamel. “They gave me hope, helped me get my first job in Canada and introduced me to an extraordinary support system. I’ve never forgotten that and have made it my mission to support SCI Alberta and others who find themselves in a similar situation to my own.”

Shamel has been a volunteer with SCI Alberta for 34 years, has sat on the organization’s Board of Directors and, with his team of colleagues, has raised more than $300,000 through the Calgary Marathon’s Charity Challenge to help fund SCI Alberta’s client programming. He navigates the marathon route in either his wheelchair, hand cycle or hybrid hand bike, achieving his personal goals for a much larger cause.

“Over the years, Shamel’s generous support of SCI Alberta has meant that many others can adapt, adjust and thrive following devastating spinal cord injuries,” says Shaun Dyer, Chief Executive Officer, SCI Alberta. “Not all heroes wear capes; some drive a hybrid hand bike.”

Shamel was recently recognized as one of the marathon’s most amazing fundraisers over the last decade and has been inducted into the Calgary Marathon’s Hall of Fame. He credits this accomplishment to his marathon team, called Cenovus for SCI, the hundreds of people who have generously donated to his cause and to Cenovus’s donation matching. Thanks to Cenovus’s employee giving and volunteering program, Cenovus Cares, employee donations made through the program were matched dollar for dollar by the company.

“It’s an honour to be acknowledged in this way, but I would not have been able to achieve what I have without my family, friends, colleagues and Cenovus,” says Shamel. “I sincerely thank everyone who has supported me. Their donations are helping a lot of people see that there is life after spinal cord injury, and I can personally attest to how powerful that is.” 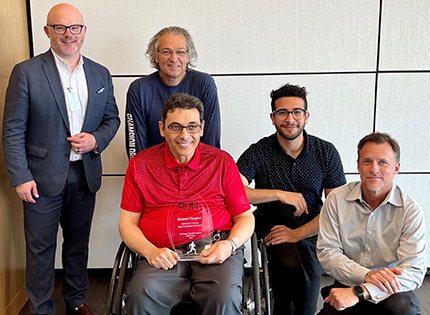 Shamel Elsayed (front, centre), Shaun Dyer (far left) and Cenovus for SCI team members at Shamel’s recent Calgary Marathon Hall of Fame award presentation.
Cenovus Cares: Employee Giving and Volunteering program
Learn how our Employee Giving and Volunteering Program is helping us maximize our collective impact.
Changing lives, one house at a time
Find out how our $50 million Indigenous Housing Initiative is addressing one of the biggest problems facing Indigenous Communities today – a chronic shortage of adequate housing.
Our stories